Friends,have you anytime observed while creating crafts, that if there is a strong and beautiful emotion attached to the motive for creating that project, then that project has fewer mistakes and it do turn out more beautiful than you have expected it to be!

Well, I have, during my recently done quilled card

It was made for my Mom and Dad’s wedding Anniversary. It has been one of the projects which has been made on a strict deadline, and with quite a fast pace.

This card consists of 3 quilled roses, one in each pink, white, and red. Each rose has three layers. The innermost layer is made of three petals, each petal is made out of 3 strips (30 cm each).they have been joined end to end and then rolled into a tight roll. They have been shaped as a petal, by giving it a slight dome and a pointed end at the opposite side.

The middle layer also has 3 petals, each petal made from 4 strips. In this layer, the single petal is pinched at only one end do the other end remains circular.

The outer layer has 4 petals, each one made from 5 strips. The shape of the petal is circular.

For the smaller rose, reduce the number of strips (or total length) for each petal, but in equal proportion.

Similarly for a larger rose, increase the number of strips for each petal in equal proportion.

The leaves have been made joining two quilled rolls. Each roll has been made from a single strip of about 30 com. It’s a loose coil.

For making the leaf, press two coils like shown below, and pinch from both ends. Glue the joining sides and keep aside for drying.
The buds have been made using varying lengths of quilling strips, depends on how big you want the bud to be. Tightly coil the strip, and then shape into a cone using a pencil or in case you have it the pointed end of border buddy tool. Brush some glue on the inner side of the petal with a small brush.

For the receptacle and peduncle part of the bud (in strict botanical terms  🙂 ), or simply the lower green part of the bud, make it similar to bud, just make sure that its broader end is not less than the broader end of the petal. So the bud part can fit snugly into the green part. Brush some glue on its inner sides to strengthen it.

All the quilling has been done in 3mm strips.

For the card base, white cardstock is used. The second layer is made from an orange paper, both length and breadth 1.5 cm less than the cardstock’s. The 3rd  layer is a printed woolen felt sheet. It is the same size as the second layer.

The placard on the card and the quote card placed inside the card, for both of them the floral background has been taken from Pixel Scrapper. It is a community-based website for sharing  digital scrapbooking designs and elements.

Thank you for your visit dear.

6 thoughts on “Roses are Red” 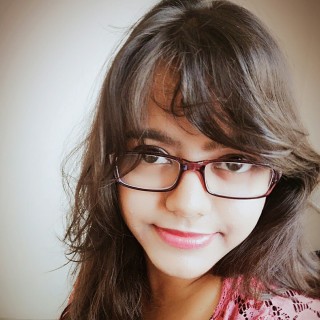 Hi, I was born and brought up in Capital of India , Delhi. I have travelled and lived in many places across my country for my education and profession.Currently, I reside in Delhi and write codes for earning my living. My heart lies in small joys of the life. I love to click nature's beautiful creations, likes to cook good food, yearn to travel more, invent something ingenious. I am also an art and craft enthusiastic and a total DIY person ( thanks to my father) . In the last few months, I have rediscovered my old love for embroidery especially cross-stitching. I hope you will like my creations at https://junoesquebyneha.wordpress.com/, will like to read about my experimentation experiences in https://experimentsofallkind.wordpress.com/, and muse over some deep thoughts in https://nehagarg9.wordpress.com/.

More on this site